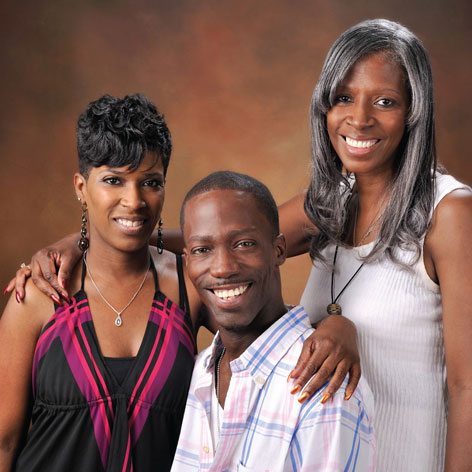 What can we say about Octavius? He’s smart, outgoing and he loves to read and work on the computer. He’s just a real go-getter. He has always been the kind of person who works really hard on something, masters it, and then moves on to learning new things.

Jobina: When he was younger he wasn’t out to people. People gave him a really hard time about his sexuality. I used to get into fights to defend him. My mom didn’t know about any of this. Someone called us one time to tell us that he was gay, and that was how we knew for sure.

Darlene: It was really hard for me to learn that he was gay. I am really protective of Octavius. I always have been. He’s too accepting; I just worried about people taking advantage of him. I thought maybe he was gay because of something I did or didn’t do. I’ve worked to accept this; he is my only son and I love him so much.

After we found out, we all went to Chicago’s Gay Pride together. We had a great time! We didn’t see any negatives at all at Gay Pride.

Jobina and Darlene: We still check up on him all the time. We worry about him and we love him. Our family accepts him for who he is. He has a great senses of humor about things: he thinks it’s funny to get up and dance to I’m Coming Out.