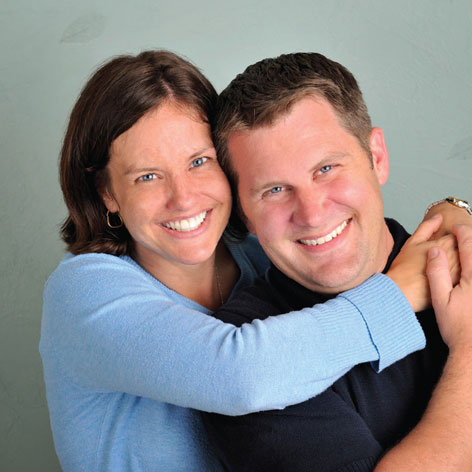 My mom raised us three kids on her own, and she was always good about trying to keep us safe. I remember when I worked in the theater in high school, one of the male staff kept calling. She got worried about this, and I reassured her that he was gay, so she stopped worrying

So I guess one of the first messages I ever got about gay people was that they were safe people to be with.

Later on when I went to Marquette University there was this announcement about a gay pride parade. I think it was put on by the Gay-Straight Alliance. I didn’t know any gay people at Marquette, I just knew I wanted to be involved in the event – to be a visible part of this show of support. That was probably the first time that I really started to think of myself as an ally.

The people who know me know I’m really a pretty conservative person in a lot of ways. I keep a lot of my views to myself, but not this one. I think that most conservative and liberal people want the same thing – to be happy. We all want our kids to grow up healthy and happy.

In terms of being an ally, it’s really all about civil rights for me. In terms of paying for benefits for gay couples, even though I’m a fiscal conservative, this is an issue of right and wrong.  I’ve worked with a lot of people in the gay community and I’ve felt very accepted there, and I feel like I’ve found a safe home.