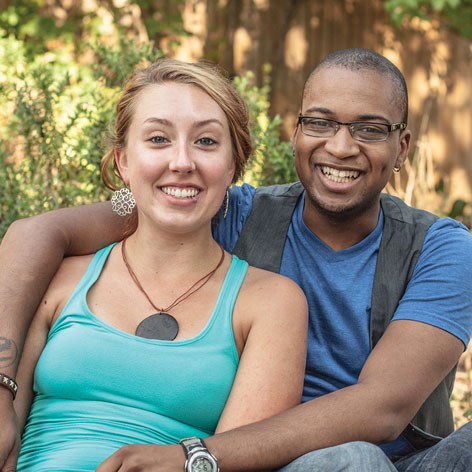 I have been friends with Kevon for 11 years, so since the 7th grade. Back then we “dated,” which consisted of holding hands. We stayed good friends, and in the 10th grade he told me he liked men. That was how he came out to me.

I have never seen people discriminate against Kevon, but I have heard negative things said about him. People I work with now remember to catch themselves if they say something like, “Oh, that’s so gay.” They will now stop and say, “Oh, I’m sorry Becca,” because they know that Kevon is so important to me. I just tell them they can’t judge people like that, and it’s their own ignorance that is showing.

The whole issue of gay marriage is a big worry for me. It makes me feel so bad that people don’t want to give Kevon and the person he loves the chance to get married someday. It doesn’t seem fair. If we could have a country or a world that gave all people that right, it would be amazing.

Kevon and I went to prom together as friends. We were roommates for five or six years. Now we talk every day, probably multiple times each day. He is like a brother to me after all these years. He is a genuine person, a great person to be around.