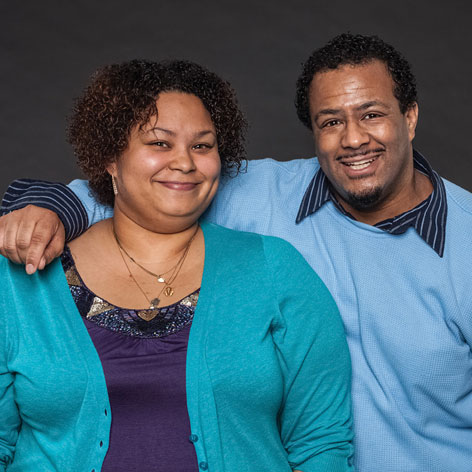 When I was about 16, I moved in with my father and my uncle. My uncle was gay and was also diagnosed with AIDS, so we helped take care of him. I didn’t really know what it meant to be gay, but we just had so much fun together because he was my favorite uncle. I loved him to death. When he passed away in 1999, my father didn’t tell me until the day of the funeral because he knew I would come racing right home even if it meant dropping out of school.

When I moved to Milwaukee in 2002 I found out I had a cousin, Ray, who was gay. I became friends with him and his partner. For a while, I was part of a Christian group that was against gay people, and I even stopped hanging around with some of my gay friends and family because the group told me it was the right thing to do.

A couple of months later I thought, “If I’m doing this then I’m passing judgment, and then I’m just as wrong as anyone else. I have no right to judge others.” I stopped being a part of that group, but I still go to Bible study because it is important to me. I don’t think you can be a true Christian and pass judgment on people all the time.

We have this big, diverse family. I have two cousins who are Buddhist. I have cousins who are Muslim. We are really from all walks of life. My cousin Ray, I can tell him anything. He won’t look at me like I’m crazy. You’re supposed to be able to do that with your family. Your family is there for you, period no—matter what. Ray’s always there for me and I’ll always be there for him.