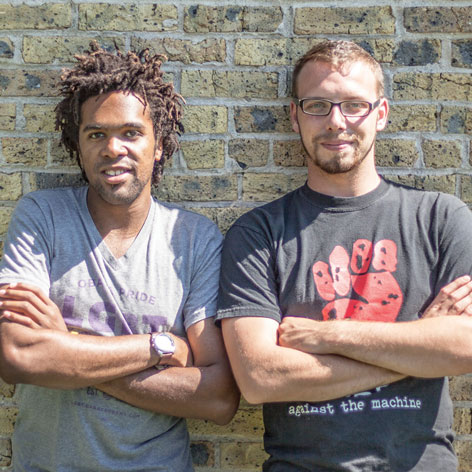 I have known Jeremy since last year. I moved here from Pennsylvania and I have worked with him on the Obama campaign. I grew up in Philadelphia in a very Republican family. I was against gay people and gay marriage. I really didn’t know any gay people growing up. My parents used drugs, so my grandmother really raised us kids; she was very conservative and took us to a strict church.

I went into the Marines for four years after high school, and it really changed my outlook on life. I served in Iraq and it opened my eyes. I went into the military to protect my country and to keep the American dream alive. It was really the pursuit of happiness—that American ideal—that I liked. In getting to know Jeremy and hearing about his coming out as gay in high school I realized how courageous that really was. He faced discrimination on two levels: as a Black man and as a gay man. I served in the military to protect people’s rights, not take them away. I have come from being very anti-gay to feeling like I do not want to rest until every state legalizes gay marriage. To go from being anti-gay to having gay roommates was a big change, but I have changed.

I’m so grateful to have had Jeremy and his partner as my first gay friends because for me, I think everything happens for a reason. I have a daughter and I am far away from her right now, but I know I want to keep working and make an impact because this is the world she will be growing up in.  Jeremy has helped me see that much more clearly. My grandmother has also had a change of heart and we’ve gone through this transition in our beliefs together

Back to All Stories
Previous