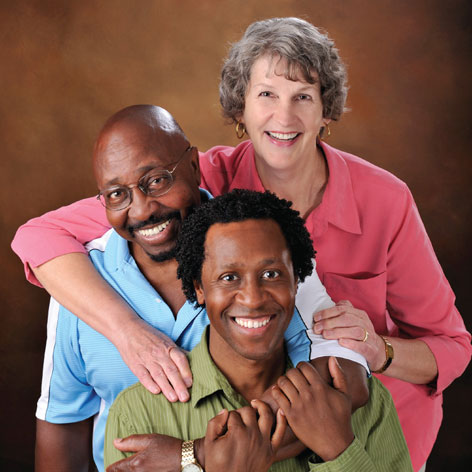 We had wondered since he was a young teenager if he might be gay, and when that phone call came in his 20s, we knew what it was going to be about. Our first reaction was to be sad. We knew that he’d get a whole lot more flack in his life for being gay, and unfortunately it would have nothing to do with the kind of person he is.

He’s such an ethical person, a caring Christian, so open-minded and amazingly creative. He lived in New York for 20 years making a living in the performing arts, and he was part of this community that gave him such a good perspective on the world.

We have always tried to honor who he wanted to be open with and who he didn’t; he appreciates his privacy as much as the next person. He knows that with some people, if they know you are gay it can close some doors. Some people can only see someone’s sexual orientation once they know; they can’t see the rest of that amazing person. They can’t see how important his Christian faith is to him, or how brilliant he is.

We love him for who he is – a very good individual and a fine man.

There are lots of people who believe, based on their own understanding of Christianity, that being gay is immoral. We would tell those people that even if it was a matter of being immoral, we have yet to meet anyone who isn’t immoral in one way or another.