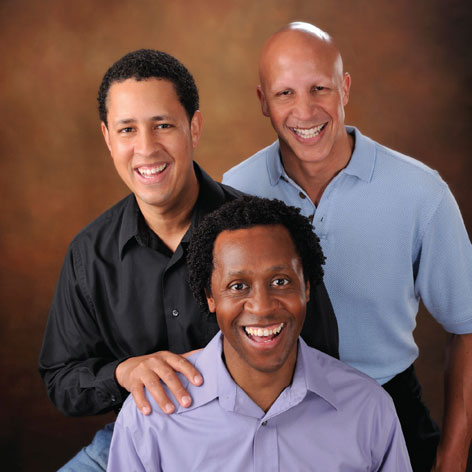 When we were younger we actually asked Kofi if he was gay and he denied it. Later on when he came out to us we were really mad. How could he not trust us when we are his brothers! We realized that earlier he couldn’t tell us because he was worried about our reaction. There is so much pressure to conform, to be “just like everyone else.” We think maybe he thought we would reject him.

It’s true that some people we know are uncomfortable with the fact that he’s gay. It’s really nobody’s business, and it’s Kofi’s decision who he tells and how—not theirs.

Our parents were really active in social justice issues centered around civil and equal rights and always said that gender equality, religious differences—all of these things needed to be respected. They moved up here from the South, where there had been a lot more open discrimination.

Our family is overall very accepting and loving, but we know that even in families with a gay family member there are people who have a hard time accepting and loving that person exactly as they are. The lessons our parents taught us have helped all three of us brothers, but there are so many people out there who have their “truth”, and it’s the only “truth” and everything else is “wrong.”

Kofi’s always had such an enlightened perspective on things, and as his younger brothers we’ve been able to talk to him about things in the news, or almost any situation, and he has this deep understanding of the world because of who he is, where he’s traveled and how he’s lived his life.