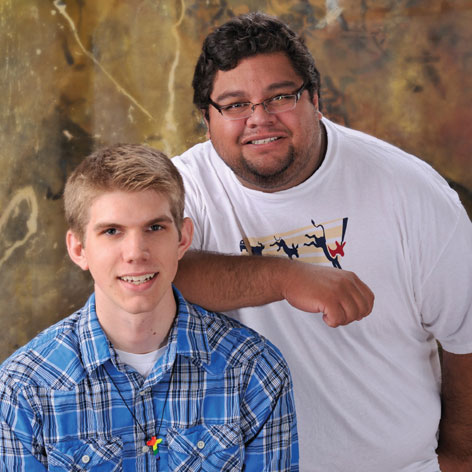 I don’t think I was always an ally to LGBT people. I grew up in a very conservative Mexican church-going family. I embraced some of the “-isms” or stereotypes my family believed in. I had this aunt who was ostracized from the family because she was a lesbian.  Before she died, I got to see that was one of the most loving, caring people I had in my life. I felt a kind of peacefulness around her that I didn’t feel around some of my other family members. She died when I was 12.

When I was around 16 I really started to question why I held onto some of my earlier biases and stereotypes, because I began to see that they were unfounded. How could I have anything against gay people when my aunt took better care of me than almost anyone else in my family? Thinking about her made me really reflect on what my values were, what my beliefs were, and whether or not they were based in fact.

I work for the Latino Caucus of the Democratic Party of Wisconsin. A lot of what we do is really anti-oppression work.  My LGBT coworkers, such as Josh, have helped me define my political values. They have kept me from getting discouraged even when we have setbacks. It’s hard to always stay positive because in the political climate today people are using policies to try to racially profile people, to crack down on immigrants, or discriminate against LGBT people.

I work with someone who’s a queer woman of color. She tells me that she can feel safe at work, but not in her own family, because of how she is treated. How can she ever be the true community asset she could be if that’s her reality? She knows the neighborhood; she knows the community better than anyone. Discriminating against her only makes the community lose out on what she brings to the table.

Having grown up in a conservative family I guess I feel a little more comfortable confronting people, like, “Maybe you shouldn’t insult someone because they are gay.” If people are going to be leaders in the community, they have to unite, not divide.