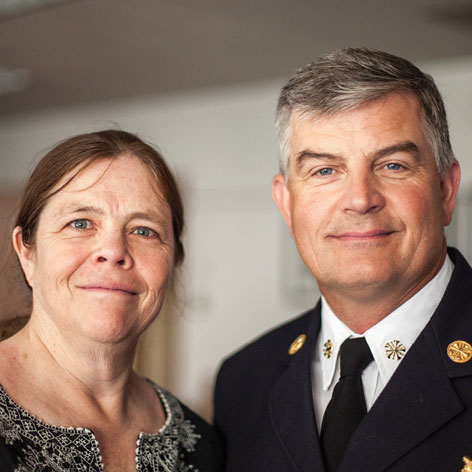 I would probably be the poster child for “Don’t Ask, Don’t Tell.” I don’t want to know about your sexuality. I grew up in an atmosphere where if you told somebody you were gay, you would be ostracized and there would be a good chance you would get the crap beat out of you. There was a time in my life when if I knew someone was gay or transgender, I would have avoided them and I certainly wouldn’t talk about their sexuality. When my kids told me that some of their friends were gay, I thought to myself, wow, has the world changed.

When we had someone in the Fire Department who wanted to go through a gender reassignment, we knew right away we had to get Sarah involved to help us with this.  She talked to everybody, from individuals in the station house to Chief Washington.  When we ran into bumps, there wasn’t a single time we called that she wasn’t able to help.  Her being a part of the gay and lesbian community and such a professional person on the Fire and Police Commission—she just handled the whole gender reassignment like it wasn’t a big issue to her.  She was an answer to our prayers for helping us out with this.