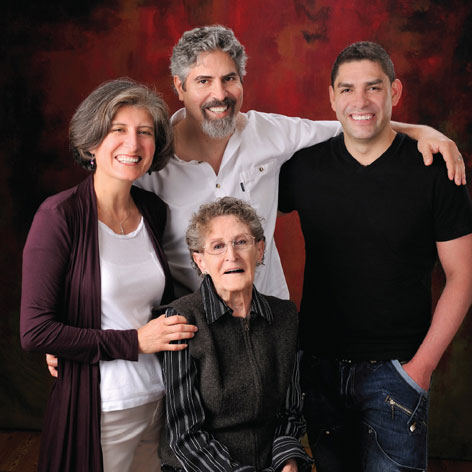 I’m an immigrant to this country. As a child I became used to being different and not highly accepted. I remember having gay friends since high school. Maybe the lack of acceptance was something I felt we had in common. In college I was in a relationship with a man who realized that he was gay, and it was so hard to watch him come to grips with this. He was afraid of losing me as his best friend and he knew he was going to be facing something that was very hard for him and his family. It was like he had a whole new reality and didn’t know how to navigate it alone.  As it turns out he did not have to do it alone. Our friendship is strong to this day.

I was born in Mexico and grew up in a culture imbued with machismo. In addition to that, many Latinos tend to think that if you hang out with gay people you are probably gay. My dad was like this and he was also a racist and a bigot. On the other hand my mom has always been a very accepting person. Whoever comes into her sphere, she just accepts them. When I began introducing her to my gay friends I think she had to stretch a little bit but she accepted them, too. Nowadays, my husband, my mother and I are often the only straight guests at our lesbian friends’ parties, and we’re fine with that. We just enjoy the company of wonderful people.

We all got to know Zeferino because we went to his restaurant and fell in love with his food, and then we grew to love him. When he first got to the U.S., though, he was almost afraid to leave the house. He’s not out to his family, though he thinks his family knows. He used to be so scared for people to know he was gay, but now he owns a gay club.

There are too many young gay Latinos who come from families where they face a lot of intolerance. How is that intolerance different from the one we face as immigrants? We have to support each other as immigrants and as people gay or straight. We have to challenge those prejudices and remind each other how much we dislike being singled out and discriminated against. We have to stand up for the rights of all people.