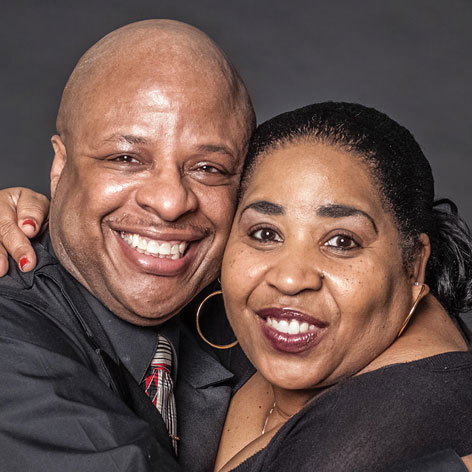 I have known Demetrius—Deme—for a long time. As a matter of fact, I hired him and we worked together at a women’s health clinic. He has such great customer service skills and professionalism. His kind heart just made me bond with him, and I love his humor.

We travel together: Raleigh, Fargo, and South Beach for Christmas shopping. The best was Beverly Hills where we watched the Academy Awards at Universal Studios when Halle Berry and Denzel Washington won. We have so much fun vacationing together. As they say, “what goes on in Vegas, stays in Vegas.” The theme of our friendship is, “If you like it, I love it.

Some African-American men are homophobic. It’s rare, but I have seen Deme go into character. At a dinner party I hosted, it was like he could sense that someone around him was homophobic. It made me sad that he didn’t think he could be himself at my house.

For the most part, people are judgmental. It would be great if more could show acceptance. I believe you can grow by people just being themselves, and in return, we can learn and accept who they really are. Some people think being gay is a choice, but I think the real choice is whether or not we can show and give respect to one another. We need to be supportive of diversity.

Deme has spent many holidays with my family. Christmas is the special holiday for the family. Santa Claus (my mother) treats us like children with gifts, food, and fun, and Deme is included. He’s just a part of us.