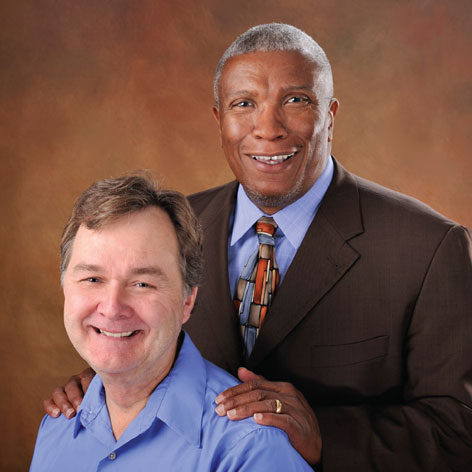 I grew up in the South. I’m old enough to have seen segregation and I know its hatred, and I have been called ugly names myself. After you’ve seen that, there is a part of you that says, ‘I don’t ever want to participate in that. I don’t ever want to be somebody who’s complicit in that.’ I’m 58 years old now. I’ll be retiring soon as a pastor at Cross Lutheran Church but I know the Lord isn’t finished with me yet. I think I have more work to do for Him.

I knew when I accepted the call that our church was one of the first in the area to perform commitment ceremonies for couples who are gay or lesbian. Once I became a permanent pastor at Cross I knew I’d be called on to do commitment ceremonies. To tell you the truth, I still had some mixed feelings about it.

I hoped I’d be able to get those feelings sorted out before I’d have to perform one of the ceremonies, but in the first month a lesbian couple came to me to ask me to perform their ceremony. I told them they would need to go through the same pre-marriage counseling as a heterosexual couple would. Well, by the end of our sessions together I found myself thinking that there was just no law in any book that should be able to deny the love and commitment between these two people

I performed their commitment ceremony to an absolutely packed church. As I finished and walked back to my office, a young African-American woman stopped me to give me a big hug. She said, ‘Pastor, I want to thank you for making me feel like a human being for the very first time in my life.’ Well, whatever hesitations I’d had along the way went right out the window.