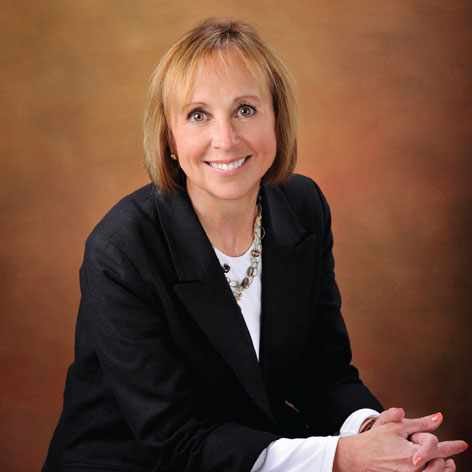 I knew that my son was gay before he felt comfortable sharing it with me. He came out to his sisters but wasn’t ready to tell me or his dad yet. It took a while for him to feel that he could tell us, and when he did, the first emotion I felt was that I was angry with society. It dawned on me how absolutely unfair it was that people were going to judge my son and that he might have doors shut on him because he’s gay.

My son is just such an intelligent, sweet human being. He’s sweet, clever and talented. He’s great at challenging stereotypes. Once at college he saw people with shirts on them that said, “Gay?  Fine by me.” He told me that he thought to himself, “How dare any person or organization decide that it’s their right to ‘tolerate’ someone else? Is it theirs to decide what or who is tolerable? So he had a shirt made up that said, “Straight? Fine with me.”  For him, this was about equality.

One of the reasons I ran for office in 2007 was that the state was busy taking people’s rights away.  I thought, “These people are trying to decide that one of my children doesn’t deserve the same rights as the other two.  That’s just wrong.  How dare they decide that?”

This was at the time when we needed to be doing so much more in terms of improving education, access to health care, and cleaning up the environment.  Instead, politicians were busy trying to make sure some people couldn’t enjoy the same quality of life as others.

Of course I am an ally to my son, but he’s an ally to many other LGBTQ people in the way he thinks about the issues.  He’s really concerned that we spend so much time talking about gay marriage that we forget that when many young people come out to their families they are kicked out of the house.  He knows that this “otherizing” that society does is wrong, this attitude that, “I’m okay, you’re not okay; therefore, I can do things to you that I wouldn’t normally do because you’re not like me.

Back to All Stories
Previous