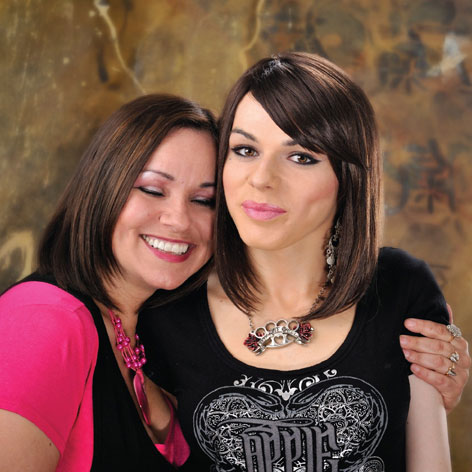 I think I knew my son was gay when he was two years old. As he got a little older, like maybe seven, he was still interested in playing with Barbies. He knew that people would think it was strange, and I wanted to give him toys he wanted while protecting him, so we’d go to the store and I’d say “What kind of Barbie doll would your cousin like?” He would say, “Mermaid.” We would buy it and take it home so he could play with it. That was how we would buy his clothes and his toys. We would both pretend we were shopping for a girl.

When he came to me at age 11 and told me he was gay, I told him I’d known all along but wanted him to figure it out for himself and accept it. By about age 12, he’d begun dressing like a girl. I didn’t know enough to know he could become transgender—I only thought he could be gay. That’s when I started to think of him as my daughter.

I had four sons and now I have three sons and a daughter.  I accepted her. All I really did was allow her to be herself. I don’t understand how someone can have a child who is LGBT and throw them out on the street at a young age. This world is just going to eat them up.