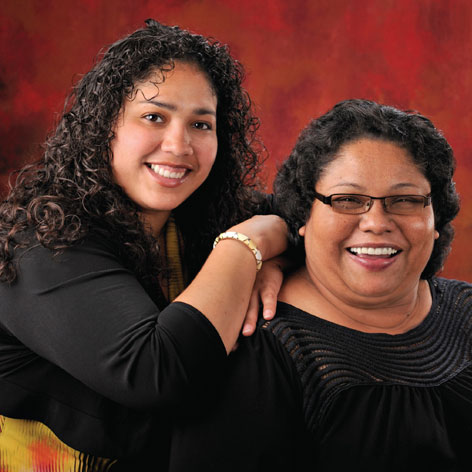 I’m just happy that my children are happy. They’re intelligent; they’re good people. Besides that, it doesn’t matter what kind of a job they have. I protect my kids against everyone and everybody.  So many other people worry about what the neighbors are going to think, or what is the pastor going to say. I don’t care about what people say. It’s my child. Why should I shun my child?

Some people are taught that if your child is gay that you did something wrong.  I raised my kids the same way and they are totally different people. They couldn’t be more different.

Hispanic culture is very, very macho. So people don’t want to have a brother or a cousin or aunt who’s gay. To them, it’s like the end of the world. But as time has been evolving, it’s been getting better. It’s not as bad as it used to be maybe 10, 20 years ago.  I think it has to do with the mothers. They are more accepting and they love their children very, very much. I think before it was fathers saying to their gay kids, “You can’t come in this house.”  I think the mothers are standing up more for their kids now.

I was really accepting of my daughter. I didn’t question her or say anything to her about her sexual orientation. We need to let our children be who they are, who they want to be. I think a mother knows. Even if you don’t come out, a mother knows.