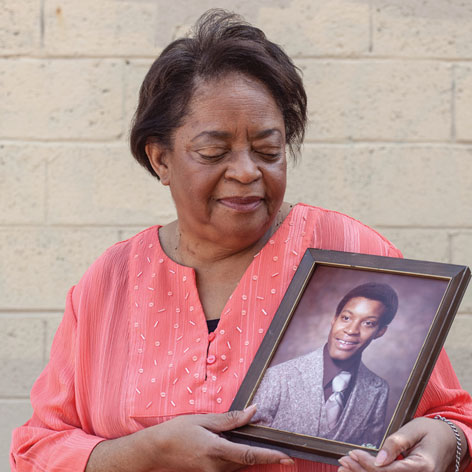 When I was first asked to contribute a statement to Acceptance Journeys, all I could say was, I wish my son David was still alive so that I could take a picture with him for the card. David was gay; I had known that since he was about 14 years of age. It troubled me because I knew what he would suffer all of his life because of this. David overcame whatever difficulties he faced relative to his being gay, because he was so talented, accomplished, outgoing, and genuinely caring. People loved him, he was always very bright. I could see that from the time he was 19 months old.  He was eager to learn and had a great sense of humor.

He could read music and play instruments by ear. He danced and was choreographer for his high school dance class. After graduation he took computer classes, then became a computer programmer, and worked for major companies like Coca Cola and IBM. He also developed his own consulting business.

He called me every week and said, “Hey, Momma.” I didn’t know I would have so few years to hear that. David died of ruptured aortic aneurisms in 1999 when he was only 36. In the five years before he died, David lived in Atlanta, Georgia.  I would visit him there once a year. He showed me Atlanta in a grand way, treating me very special.  I miss him so very much. David was not only a son I could be proud of, but a dear, loving friend.

Many of David’s friends died of AIDS. It was my concern for him and his friends that led me into the field of HIV/AIDS prevention and treatment adherence. I started and directed HIV prevention education projects in Milwaukee. I co-founded Comprehensive Health Education, Inc. Our focus was the education of HIV-positive peer educators. Many of these people are now my friends and extended family. They have made me a better person.