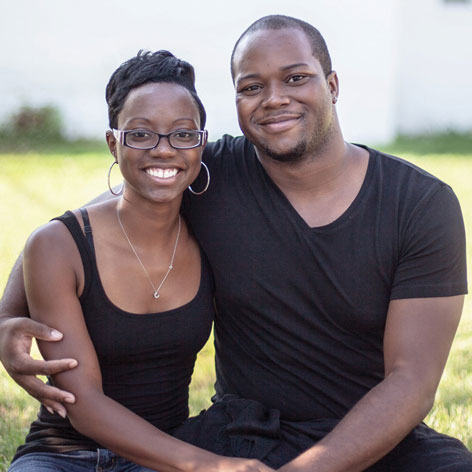 We were pretty typical siblings when we were younger, with sibling rivalries and little disputes.  Now we have our times where we disagree, but we are pretty good at accepting each other for who we are. When I was 18 and Josh was 16, he told me he was gay. Our parents are divorced so he had separate times to talk to our mom and then our dad. I feel like we all knew he was gay, but he just had to say it. It was something important to him and he did it and life went on.

When you grow up an African-American man and you have the build for being an athlete but don’t like sports, it’s difficult. My brother got a lot of, “Why don’t you play sports?” It’s a stereotype that all African-American males play sports. He liked bugs, dirt, and animals.  He was just into other things and was stigmatized for this early on. I think this has had a big effect on him, because he is careful about who he tells that he is gay. Unfortunately, in the African-American community it’s harder to come out and be who you are. I don’t know why that is.

Our parents love my brother as much as before, but it is hard for them. They definitely support him 100%. Our mom has recently gotten more connected with her Christianity, and there are opinions out there that you can’t be Christian and gay. I think this is part of why so many gay people choose to hide who they are. My brother embraces who he is and just has this generosity and level of caring about people. It amazes me how people might not accept him for who he is, but at the end of the day he is respectful of everybody. Even though he is my younger brother, I look up to him.