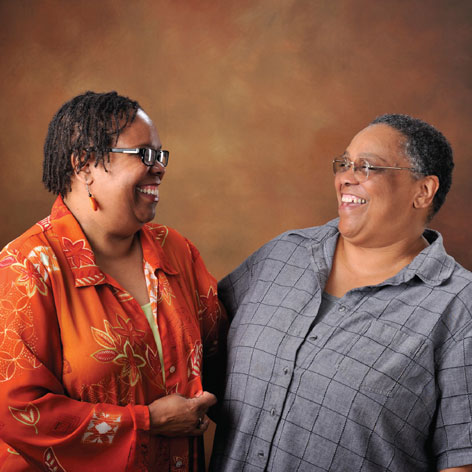 My sister tried coming out to me by giving me the book Rubyfruit Jungle by Rita Mae Brown. This is the story of a Southern girl who happens to be a lesbian. After I finished it, my sister said, “I’m like that.” After my unaccepting response, she laughed it off and said that no, she wasn’t really “like that.” This was only one of several times I’d end up telling people who came out to me that they couldn’t possibly be gay. I’ve now apologized to many of those people. I think it was partly my upbringing in a homophobic culture that led me to have these reactions.

A few years ago I was asked to come speak as an ally to the LGBT community at an annual meeting of an LGBT organization. After I was done speaking, a woman approached me. She and I had been in a very homophobic community situation some years ago and she’d really needed someone to be her ally as a lesbian; I had failed to do that.  She really gave me a hard time, and it reminded me that the process of being an ally is really a journey.

We have been too hesitant in the Black community to be allies.

When young gay Black men were disappearing in Milwaukee in the mid-1990s and we found out they had been murdered by Jeffrey Dahmer, I was asked to get up to speak on behalf of these young men who’d gone missing. How many had been hiding who they were? How did people not know and report them missing?

Our being in denial of our gay brothers and sisters causes pain and unnecessary suffering for people whom we love and about whom care. For me, that’s just so inconsistent with who we’re supposed to be as Black people.