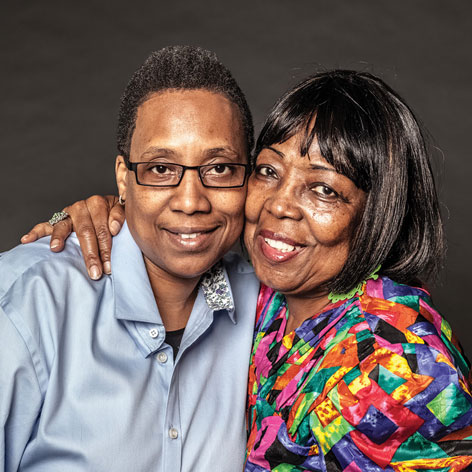 When Joyce first told me she was gay, back in 1982, she was crying. I think maybe she was afraid that I would change towards her if I knew. But that’s my child. I birthed her into this world.

You can talk to any family and there is someone gay in it. Some parents don’t talk about it if they have gay kids. Some say that their son or daughter is gay and they don’t like it. A lot of people don’t want gay people in their church, but when you turn them away, it’s like you are turning God away. I love people no matter who they are.

I think parents should love their children. My doctor told me that my daughter could be gay because of hormones and because of DNA. That is who she is and how she was born.  I’m not ashamed of my daughter. She came from me. I always say, “God bless everybody in the whole world, no matter what.” We need to love each other.