Board Pledges $117,000 to Fulfilling the Dream Campaign 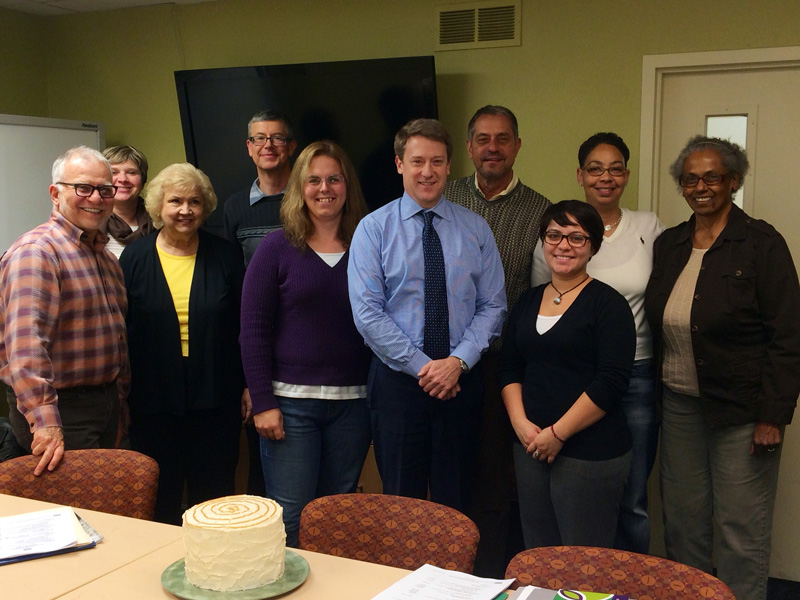 D&R Board of Directors celebrates the kickoff of the Fulfilling the Dream Campaign.

The Board of Directors of Diverse & Resilient has pledged $117,000 to a new campaign to support the agency during its executive transition. Founding President & CEO Gary Hollander will leave his position in July of next year. The organization launched Fulfilling the Dream, a campaign to support programs, executive transition costs, and a reserve fund, with the ambitious goal of raising $300,000 from local foundations and community members. The board’s lead gift puts the campaign well on its way.

The campaign comes at a critical time for LGBT communities. Great strides have been achieved recently in policies for inclusion and non-discrimination, but LGBT people continue to experience significant health disparities that affect their health, wellness, and life expectancy. “The health disparities in our communities are unacceptable,” said Hollander. “The board’s gift shows that we are committed to continuing this important work until LGBT people are truly thriving alongside our heterosexual peers.”

2015 also marks the agency’s 20th anniversary of serving lesbian, gay, bisexual, and transgender people in Wisconsin. Board member Velvet Moore from the Wisconsin Deparment of Corrections said of the campaign, “It warms my heart knowing lives will be positively impacted and our community will continue to thrive.”

Former Board Vice Chair Gerry Coon of St. Francis Children’s Center was also part of the lead gift. He shared his passion for supporting Diverse & Resilient’s work: “D&R improves our lives in Milwaukee and Wisconsin through social justice and visibility, leadership development and health promotion with the goal of full LGBTQ legal and health equality.   D&R does this by using evidence-based research and solutions, which is critically important to me.  In short, I believe in and support D&R because D&R’s work makes the entire LGBTQ community healthier and stronger.”

The group celebrated their accomplishment at Thursday’s board meeting with cheers and homemade cake.