414ALL Unwraps Condoms for Art 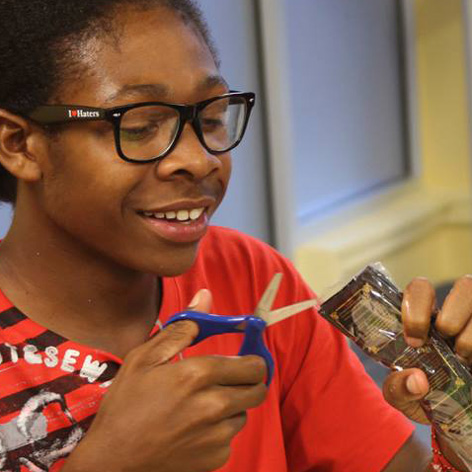 Last week, the 414ALL Condom Campaign hosted its first Condom Unwrap Party, unwrapping over 17,000 expired condoms that will be used in artworks to raise awareness of HIV prevention. The work will be displayed as part of Preservatif, an exhibition organized by Milwuakee artist Niki Johnson in honor of World AIDS Day on December 1.

Johnson became well known for the work “Eggs Benedict” a portrait of Pope Emeritus Benedict XVI that is made out of 17,000 condoms. The work is now owned by the Milwaukee Art Museum. When the news of Johnson’s work got out, a condom distribution company sent her a shipment of 21,000 pounds of expired condoms to be used for sex-positive art.

Together, Niki Johnson and Kim Hindman have gathered a group of 20 national artists to transform this shipment into Preservatif, an exhibition that focuses on the condom as a material to be re-imagined and reinterpreted. The artists selected for this exhibition come from a variety of backgrounds and material practices including: sculpture, jewelry, photography, performance art, ceramics, and interdisciplinary practices. Opening on World AIDS Day, December 1st, 2014, Preservatif aims to raise awareness, eyebrows and horizons in response to this incredible material.