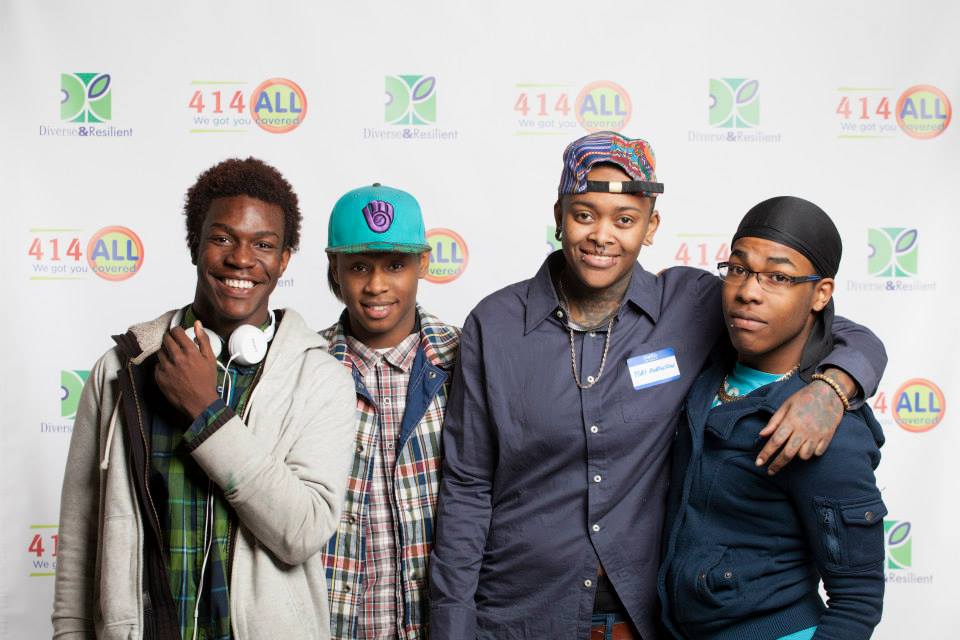 On February 27, Diverse & Resilient launched its newest program, 414ALL, a condom campaign aimed at reducing unwanted pregnancy and STI rates among teens in Milwaukee. Commissioner of Health Bevan Baker, Nicole Angresano of United Way, and State Representative JoCasta Zamarripa spoke at the launch party at Milwaukee City Hall to a lively group of adults and teens who gathered to celebrate the launch.

The campaign is working to increase the availability, accessibility, and acceptability of condoms for young people in Milwaukee. Its slogan, “We got you covered,” speaks to the importance of supporting young people and encouraging them to use condoms if they decide to have sex.

To that end, the campaign works with teachers, parents, faith leaders, elected officials, and young people to promote condom use. A new website, 414allmke.org, offers information and features a map of free condoms in the city.

The launch event turned City Hall into a condom festival. Condoms could be seen everywhere – from condom flowers to condom helium balloons and in bins on every table for guests to take. Attendees had a chance to show their creativity by decorating condom buttons that they could wear with pride. People showed their support for 414ALL by posing for photos in front of the official 414ALL backdrop. 414ALL community health promoters taught correct condom use and held activities that debunked myths about condoms.

See photos of the launch party.